Waah!! I believe the last time I did a TGIFurahidays post was December?? Well yea. The last two months have been hectic!! Don’t even wanna talk about it. I feel so so so so bad that 1) I haven’t been writing much, and 2) I haven’t been visiting my friends’ blogs much. I feel bad bad bad. Hopefully am forgiven???

Sina mengi ya kufanya wikendi hii lakini natumaini kuwa nitapumzika mno na pia kutembelea marafiki. And to add to that, I can’t kosa a gig or so to attend. Gonna look at the ones on my fb events page.

PPK Tuesdays: Be My Valentine!

I know, I did this last year. But since people look at me weird when I say I don’t do Valentines, I figured I’d say it again. No, I don’t NOT do Valentines because there is no one in my life to love. Actually, there’s several someones and one special someone, but this year, I think they all understand my thing against the commercialisation of Valentines Day. but just to recap:

You have your opinion, I have mine. Not that you are asking but I will tell you anyway. Besides I waited until after you had your weekend before telling you what I think.

February 14th, 2009, I was flat out on my back. A combination of an acute attack from an old chronic condition and a new infection ofmalaria. So I had these hormones going wild in ways that were not enjoyable at all, water retention, nerve pain, migraine, dizziness, nausea, fluctuating blood pressure, you name it and I could not tell whether it was the Malaria or the Lupus.

It was a really bad time, and the perfect time for me to sort of reflect on a few things. I got a few notes that reminded me of some of the things I was thinking of during that weekend.

“Hope you had a great Valentines, if you believe in it.” came a note from a friend all the way in Mombasa.

“I don’t believe in Valentines Day, but I do believe in Love.” I responded. He sent me back a smiley shock. I won’t even try to insult your intelligence by dredging up the history of St. Valentine (2 of them, plus the 9 others who were matyred), and Cupid, and all the other things I have issues with. I won’t even try to convince you that I would rather have a thousand days of simple meals, hugs, kisses, respect, and trust over one day of a pretty card, expensive gifts and a fancy meal. So I’ll just tell you about my idea of love.

Love is the mother who does not agree with me 100% of the time, but who understands that I have a path to follow, and choices to make for myself, and does not impose her choices on me, even though she gave birth to me, and raised me, on her own mostly.

Love is the friend who will tell me straight out that I am wrong when I am wrong, but will stand by me to the ends of the earth if anyone else tries to attack me.

Love is the friend who calls me from a thousand miles away to see how I am even though he himself has been through a ghoulish day.

Love is Daddy, when he buys lunch for the kids at the centre, because he knows this weekend I am broke and sick, and I won’t be at the centre, and it is killing me.

Love is Grandpa John, looking after Grandma Peris during the days when she was really sick, even though he himself was quite old at the time, love is the memories he cherishes of her now, when she is gone.

Love is the grandchild, the great grandchild who spares the time to share that great big kettle of milky tea and listen to him talk about 1945 and 1973 all at the same time, as if they were one year. Because that’s all he wants now, someone to talk to.

Love, love is the kitty who waits for me at the wall of the gate every single night until I get home, and then greets me as if I am the best thing that happened to her all day.

Sometimes, love is the flutter of hope in my tummy every time I think there might be something more about that man, but love proves itself best under time, and fire, with roses and diamonds, or with cactus and sand, with the jade blue glow of the beautiful ocean, or against the dry heat and sun of a drought thrashed land.

Love is… infatuation, sex, passion, desire, sometimes it is. But love is… truth not perfection, integrity not honesty, loyalty not faithfulness, justice not fairness, trust not belief, patience not endurance. Love is a superlative, if you think you are doing enough, you need to do much more.

Love is a way of life, every day, every week, every month, every year, not just a day of love once a year. You might chose one day to celebrate it, that is your choice to make. My choice, is to be outrageously loving to the people who matter to me every single day.

Last week, we gave you two webisodes out of the Creekside Princess.

Hey Soul Sister Part Two: Gabrielle tried not to think of the dead girls. They weren’t dead in those pictures. They looked so alive. Like she was right now. But she could be as dead as they were if Michael even had inkling as to what Kombo and his Team were planning. Read it…

Hey Soul Sister Part Three: She was distracted from her paranoid thoughts about sinister secret societies, by the click and slide of double bolts falling into place. That’s when she noticed that Samantha’s door was hardly non-descript on the inside. The door had a metal plate between the plain simple outside part of the door, and the hardwood on the inside with decorative carvings very similar to the Swahili door carving. Read it…

Then we gave you:

A Review of The Peculiar Kenyan by Sunny Bindra – The Reading Room
The Ramblings of the Cherub – The Cherub on the Other Side
No! You Cannot Divorce Me! – Legal with Parsha Lukamba
Adventures in Disguise – Society & Identity
Tunisia, Egypt, Kenya? Revolution Anyone? – Business & Internet
Tentacles of the Same Octopus – Paper Mache with @soul_fool
Picking up the Threads of Your Life – Chronic City

We hope you enjoy reading with us. And if you have any ideas, thoughts or comments, please write in to us atjmaruru

Invisibility of the Intersex

Y’all know I have written about this before. And I have mentioned it time and again on my twitter page among other social networks. Check my blog for past entires on the subject.

It is a known fact that the plight of the intersex is widely forgotten. I mostly want to cause about why ‘gay rights organisations’ claim to do work for "LGBTI" whereas they really only work for "L" and "G". The ‘B’s, ‘T’s and ‘I’s are almost always forgotten.

Some people say that its easier to be intersex than it is to be homosexual. Why? Ati coz its clearly visible you have a dilemma, unlike being gay which is mostly looked upon as a choice or a curse (depending on where you come from). 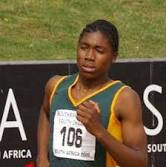 Caster Semenya. Most known intersex, as far as I know

In my view, intersex cases are worse because of the visibility. Its somewhat easy to hide your gayness… if you can… but whether you like it or not, if you’re intersex, you can’t hide it and even if you try, you cannot do it for long.

I am so saddened that cases of intersex kids suffering out there because of a dilemma of who to be, what gender to become or they are, are going un-addressed. I just hope someone does come up and take up the cause strongly.

For example. Citizen TV a few days ago had a story about a man who had a 9 year old intersex. That kid was being raised up as a boy. The father took ‘him’ to Mater hospital to seek answers on what to do with the child. He was told that his kid had more female hormones than male and thus, was more likely to be female rather than male. This traumatised the father. Why? Because he wanted a boy. So he kept on raising the child as a boy.

I have a serious problem with that. Why do that to the child? I mean, ‘he’ is 9 years old! Surely ‘he’ can say for ‘himself’ whether or not ‘he’ is boy or girl? We all know too well that gender is not that clear cut… and is not really marked based on your genitalia … at least not always. So why not ask ‘him’.

I don’t blame the father. I’m pretty sure he doesn’t know. Because he hasn’t been told about this. The medics are quick to say that the kid needs surgery. And my presumption is that, he will prefer the kid be turned male. Its very unfortunate. Truly unfortunate.

I hope I can continue addressing this issue better with more posts. But this is my general feeling.